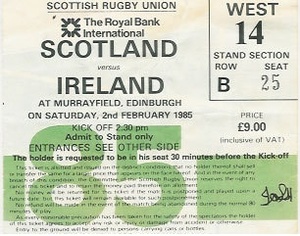 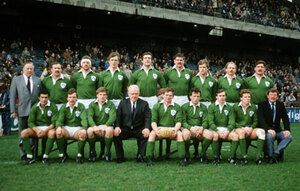 With the country mud deep in recession, a new-look and unfancied Ireland travelled to Murrayfield to face reigning Triple Crown holders, Scotland,

And – helped by a jaw-dropping ‘give it a lash try’ (3.46) – secured an improbable, nation-lifting victory.

The following Monday’s Irish Independent summed up how  proud we were:

Ireland’s rugby success against Scotland is the kind of fillip people north and south of the border need at a depressing time in our political and economic fortunes. There is no doubt that an encouraging sporting performance of this nature can restore a measure of pride and confidence undermined in this island, by unemployment, and recession, as well as the continuing trauma of the north.”

And the number one song that week?