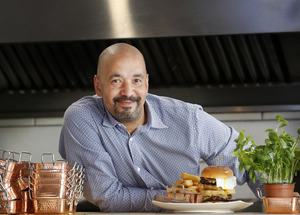 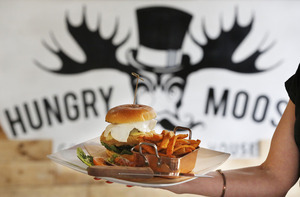 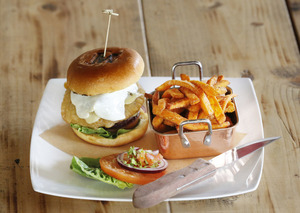 Chris Telford and the ‘very best burger in the country at his Hungry Moose Cafe, Kilkenny

Kepak, sponsors of National Burger Day, has announced that gourmet burger restaurant, The Hungry Moose in Kilkenny is now officially home to the best burger in Ireland.

The Huingry Moose , located on Upper John Street on the north side of the River Nore, opened in 2017 following an online crowdfunding appeal by Chris Telford, former chef to The Rolling Stones.

In the past month, over 15,000 “Irish burger enthusiasts” cast their votes with over 500 burger outlets to choose from

The announcement comes ahead of Ireland’s first ever National Burger Day tomorrow, June 21. with an exclusive ‘Buy One Get One Free’ offer at participating burger outlets nOMNOMM