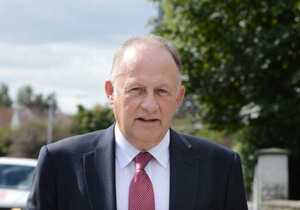 The reviews were conducted by the Catholic Church’s own child protection watchdog, the National Board for Safeguarding Children (NBSC). Its chief executive Ian Elliott, (above) who led the reviews, described the findings as “disappointing”.

Maeve Lewis, executive director of the One in Four group, said after publication of the findings yesterday it was “as if certain senior churchmen continue to believe that child protection procedures are optional, and they are above the law of the land”.

She said in some areas of the church it was “as if the Ferns, Ryan, Dublin and Cloyne reports had never happened”.