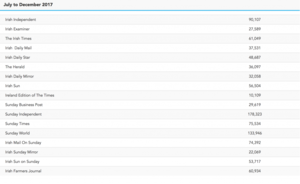 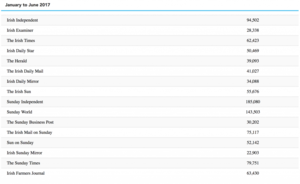 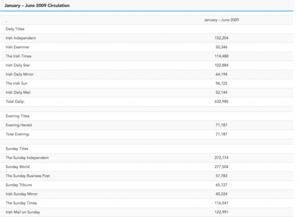 The latest figures from the Audit Bureau of Circulations for the daily sales of Irish newspapers have been released for the last six months of 2017 (top).

The figures don’t include online subscriptions or digital edition sales.