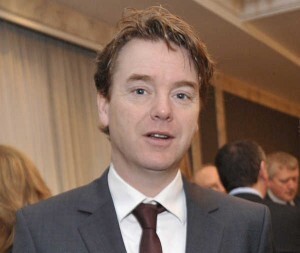 “Austerity without debt forgiveness can’t work. School kids could figure this out. It also explains why what is good for the individual is not necessarily good for the collective and explains why everyone saving at the same time is good for no one. This is why the fiscal treaty is Kamikaze economics for most of Europe, it is designed to suit the Germans’ short-term political interests and has nothing to do with macroeconomics as we know it.” “I will vote No in solidarity with peoples throughout Europe who are and have been denied any say in this treaty or any say on the other European treaties, treaties that, in the main, favour rich and powerful elites throughout the union at the expense of the mass of people.” “The Government has rushed us into voting ‘Yes’ in a vacuum. I cannot, and will not, do that. If we defeat it, little will be lost. During the summer the clouds will clear over Europe. We will be able to vote again, this time on the full package in the Autumn. Richard Bruton told us so.” “I’ve thought about it, it’s hard. I would say vote No. At this point the Germans need to face the reality that this cannot work and that the Irish, who’ve been such good soldiers in this crisis, if even the Irish say no then that would actually send a helpful message.”

Alternatively: How bad Could It Get? Implications Of An Irish No Vote In the EU Fiscal Compact Treaty (Greg Bowler, TheBowlerfiles)