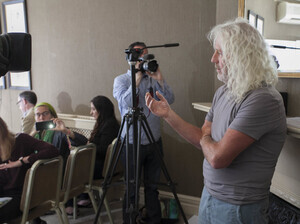 On Friday, September 29, 2017, tenants of Northbank apartments on Castleforbes Road, Dublin 1, received letters from their landlord, stating that they had sold their apartment to NAMA and that NAMA would be issuing a 12-month lease to them on their current terms.

Five days later, on Wednesday, October 4, Independents 4 Change TD Mick Wallace claims that the tenants learned from a newspaper report that the entire apartment had been put on the market by NAMA at a price of €33 million for 124 apartments.

Mr Wallace also claims that NAMA have confirmed that they purchased individual apartments within the block before putting it on the market, stating that:

“The recent purchases by NAMA were required to consolidate the entire block, hence increasing the value of the overall property in preparation for its sale as a single lot.”

“This is a frightening development. We are in the middle of housing crisis, and NAMA are now buying apartments, in order to sell them on to vulture funds. NAMA have now become property speculators.

“It beggars belief that Fine Gael, Fianna Fáil, Labour, and now even Sinn Féin, believe that NAMA have the expertise to solve our housing crisis. NAMA are part of the problem, not part of the solution.”

“What makes it even worse is, tenants have informed me that within the apartment block, there a vacant units, some sitting idle for over three years.

“How can NAMA justify this when we are struggling with a housing crisis? These apartments, along with the rest in the block, will be no doubt purchased by a US vulture fund, and rented out for outrageous prices.

“Clearly, doing business with vulture funds, is more attractive to NAMA than helping to fix the housing crisis.”

“It is time for the Government to suspend the work of NAMA immediately, and start with this apartment block.

“The vacant apartments within the block could be given to the local authorities. If we keep selling apartments and houses in large blocks to vulture funds, we will continue to have a housing crisis for many years to come.”