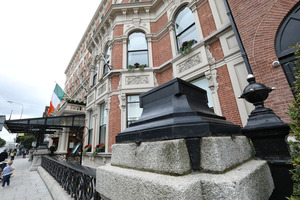 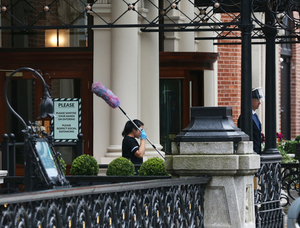 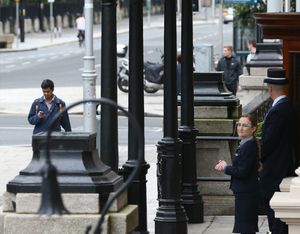 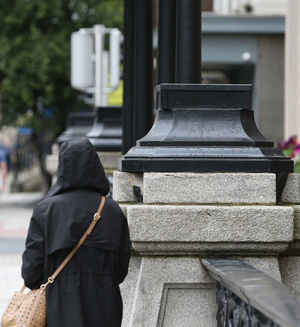 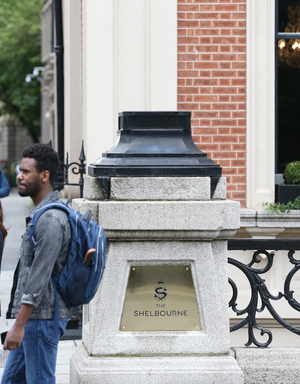 The Shelbourne Hotel this morning

…One can only imagine the reference to Nubia arose from the fact that the hotel’s owners and architect would have been aware that many of ancient Egypt’s luxury commodities were sourced in the Nubia region – today divided between southern Egypt and Sudan – and that Nubian princesses had several times married into the Egyptian royal family.

In this context, the four statues in fact represented royal ladies, two from Egypt and two from Nubia, hinting at the lavish luxuries that awaited patrons within the new hotel.

It seems it is this reference to “Nubia” which has misled popular thought. The “nubian slave” is, indeed, a widely fetishised Orientalist visual trope of the 19th century. 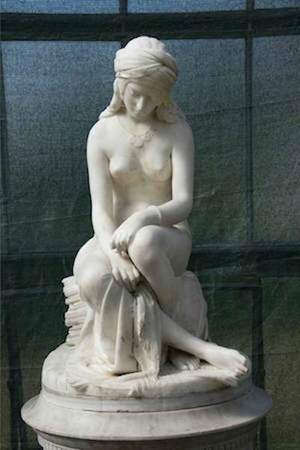 The Nubian Slave by Antonio Rossetti, circa 1850

However, she differs from the Shelbourne statue in one important aspect: she is almost invariably (and with some degree of historic authenticity) represented nude…. 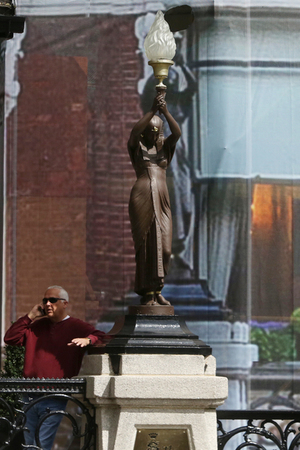 One of the statues now removed from the Shelbourne Hotel

The lavish draping and jewellery of the Shelbourne statue clearly demonstrate it is not, nor was it ever intended to be read as a slave.

It is only to be hoped that those wishing in future to act – with the very best of intentions – in solidarity with positive societal movements might take a moment to ensure that their actions have basis in sound research. [More at link below]

Removal of statues from the Shelbourne (Irish Times Letters) 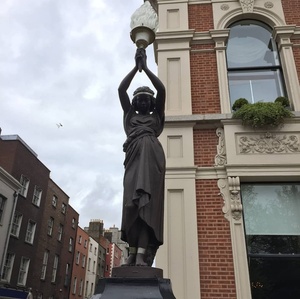 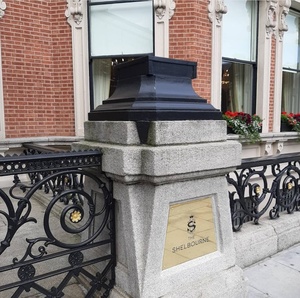 Removed after 150+ years. Would hope these are destined for a museum? pic.twitter.com/hHczuiZ8tL

Donal can you explain something to me, am i right in thinking that Nubian denotes people from egypt/south sahara. 2 of the statues were Nubian princesses, the other 2 were their slaves. They should be taken down to be cleaned and nothing else. Idiots don’t even have a clue

Bringing #Ireland's History to Life 🇮🇪
My colourised c1890s photo of the Shelbourne Hotel in Dublin featuring the four bronze statues commissioned by the Shelbourne Hotel’s owner in 1867. They depict two Nubian princesses from the lower Nile and their slave girls holding torches. pic.twitter.com/yuaw8A2UI7