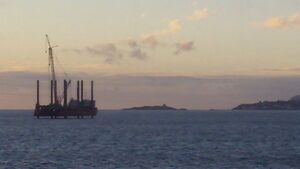 This is an example of how coordinated people power, political lobbying, creating awareness and good investigative work can bring about positive results.

The public who were given very little time to respond began over time to realize the environmental risks that drilling so close to the shore (4 miles) could bring along with the fact that the current national oil/gas licencing terms would give little or no revenue to the state. This was clearly an all risk no-win situation for the citizen.

The main issues of concern since Protect Our Coast was launched on Facebook in response to the licence application on January 6th 2012 have been:
1. Environmental impact of drilling 4 miles from the shore and the negative effect of the 2D seismic survey in Dublin Bay’s shallow waters.
2. Inadequate fiscal terms. Ireland has the second most favorable licencing terms to oil companies in the world.
3. The total lack of public consultation.

We understand from the announcement that Providence Resources have said that they intend to apply again for the licence, we will be evaluating this prospect along with their full statement over the coming days in co-ordination with all of the other non-political groups that are concerned with this matter.