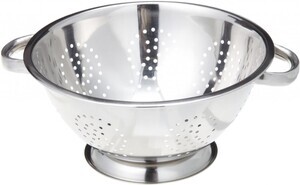 Rev Patrick G Burke states that the Church of the Flying Spaghetti Monster is a fiction. It is not.

I became an ordained Pastafarian minister during 2015. Beforehand, I went through an arduous process in 2014 involving the ecclesiastical authorities in Armagh to have my excommunication from the Roman Catholic Church confirmed in writing.

My faith in the Church of the Flying Spaghetti Monster is considered heretical by the Roman Catholic Church and this incurs latae sententiae excommunication, according to Canon 1364.

In the correspondence that I finally received from the bishop, he also states that he is “acknowledging apostasy in accordance with Canon 751, the total repudiation of the Christian faith”.

One of the reasons why I repudiated Christianity was the long history of Pastafarian persecution that has been perpetrated by Christians of every hue. I hope correspondents will reflect upon this history before blaspheming against my religion. 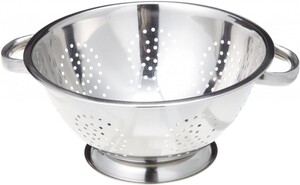 Noel Mulryan made a complaint against the Road Safety Authority, claiming he was discriminated against as he wasn’t allowed wear a colander on his head in a photograph for his renewed driving licence.

Noel is a Pastafarian.

The complainant states that on 9 September 2013, he applied to the Motor Tax office for a change of address on his driver’s license. He provided a form, passport sixed photographs and proof of address as required. The complainant also included a letter explaining that he was wearing headwear in his photo due to his religious beliefs.

The Complainant states that he received a letter dated 21 October 2013 explaining that after consultation with the respondent that his driving license application “was being refused on two grounds (i) the photo captured should have a clear view of the eyes/eyebrows/forehead area with minimal shadows (ii) while it is acceptable to wear head covering in accordance with religious beliefs, we do not believe that you have demonstrated that the use of head covering is related to a religious belief.”

The complainant submits that at this point he felt he was being discriminated against because of his religious beliefs. He had already explained in the letter accompanying his application that he was wearing a colander on his head for religious purposes i.e. as he is a Pastafarian.

The complainant did accept that his head covering could be smaller so he re-submitted his application on 23 October 2013 with new passport sized photographs.

He also included an accompanying letter with examples of other fellow Pastafarians wearing their religious headwear in official government issued documents. He received a letter dated 21 November from the respondent suggesting that his religious beliefs were a parody and as a result his license application would not be accepted.

In reaching my decision I have taken into account all the submissions, written and oral that were made to me. In accordance with section 25(4) of the Equal Status Acts, I conclude this investigation and issue the following decision.

I find that the claimant’s complaint does not come within the definition of religion and/or religious belief and therefore he has failed to establish a prima facie case of discrimination on the ground of religion. His complaint therefore fails.

Read the complaint and Ms Murtagh’s decision in full here