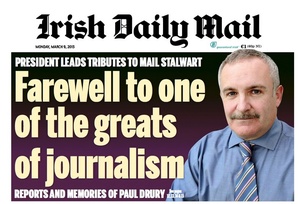 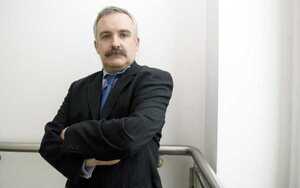 I myself was born in the Fifties – a decade when the economy shrank year after year, the population declined just as remorselessly and landlords took the roofs off empty houses because it was cheaper to do so than pay the rates.

I grew up in the Sixties and Seventies, decades of further despair and endless emigration. And yet I had a happy childhood, at the end of which I found a job.

And in the Eighties – when the country was not just bankrupt but plagued by hyper-inflation, when we were paying 65 pence in the £ in tax, when property prices were falling but the interest rate on a mortgage was still 17 per cent – I found love, married and somehow or other managed to buy a house of my own.

Throughout all those years, like everybody else, I had my ups and downs. But there were more ups than downs. I laughed more than I cried.

I celebrated more than I mourned. I was optimistic more often than I was pessimistic. That, after all, is the Irish way.

Don’t get me wrong. I am not trying to excuse the self-serving scoundrels and the pathetic idiots who got us into this godawful mess in the first place.

I am not for a second going to pretend that it is right and fair that the rest of us should be condemned to spend the rest of our lives digging ourselves out of that mess.

But there is not much point letting it get us down.

….I can remember a time when unemployment in parts of Dublin city was running at close to 50 per cent.

Yes, it’s bad. Yes, it will probably get worse before it gets better. But, trust me, get better it eventually will.

If our history teaches us nothing else – and every Irish townland is in its own way as rich in history as mine – it teaches us that.

When Brian Cowen and Brian Lenihan are long since gone, when Ajai Chopra is nothing more than a footnote to history, when you and I are dead and buried, the ancient path will still lead up through the beech trees to the bracken-covered hillside… the ruins that tell a thousand stories will still stand… the mountain air will still taste like Champagne.

And true happiness will still be found at the end of a half-hour’s walk.

Or, if man and dog are beginning to slow down a bit, say three quarters of an hour to be on the safe side.

Irish Daily Mail columnist and former Evening Herald editor Paul Drury, whose death at 57 was announced at the weekend, writing in the Irish Daily Mail in November 2010.

The column is reprinted in today’s edition [unavailable online].