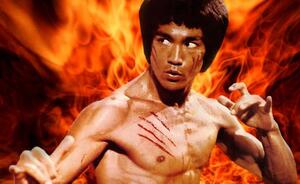 The Canadian author and journalist, Pierre Berton hosted his own talk show in the 60s and early 70s. Among his many iconic guests were Malcolm X (1965), Lenny Bruce (1966), and Bruce Lee.

This is the only in-depth interview Lee ever took part in. It was filmed at the end of 1971, 20 months before his death, subsequently lost, then rediscovered in 1994, when it was aired  as a TV special.