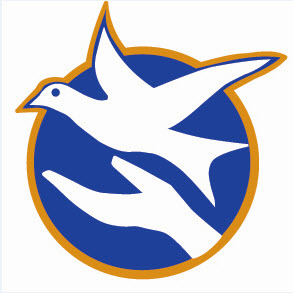 The Irish Times obtained email correspondence between the Department of Social Protection and Irish Water, under a Freedom of Information request, which shows staff at the department opposed the transfer of PPS numbers to Irish Water.

The department voiced particular concern about the handing over of children’s PPS numbers.

“Staff in the department questioned the data protection implications of handing over the PPS numbers and their obligations under data protection and official secrets legislation. Secretary general of the department, Niamh O’Donoghue, told staff the utility was to “get nothing” until it wrote to her formally, which it did not do until September 18th – several weeks after it started media advertising and sending out packs to householders.”

“As late as October, an internal department email following a meeting with Irish Water said the utility had given the issue “little thought, so this discussion will go on for a wee while”. It added: “We are making progress as you will see, but DSP objective is to protect its data, its reputation and minimise its commitment while being supportive to IW as directed in the Government decision (on water charges).”

Further to this, Kathy Sheridan, of the Irish Times, was on Today With Sean O’Rourke earlier, along with the other contributors Lorraine Dempsey, Chairperson of the Special Needs Parents Association and Paul Murphy, Anti Austerity Alliance TD for Dublin South West and Brian Hayes, Fine Gael MEP.

During their conversation, Ms Sheridan said:

“I give them [Department of Social Protection] credit for their first impulse was to protect this private data and it’s a sign, it’s yet another sign of what a fiasco Irish Water was from the word go. And this is where I’m totally at one with Paul [Murphy, TD] and the other marchers on Wednesday. If I had joined that March on Wednesday, it would have been to have had Irish Water burned into the ground, quite honestly. I think we do need to start again in some way that actually, as I say, treats us as grown-ups.”

“One of the interesting things that came out of the visit of the Detroit Water Brigade this year, this week, rather, to Dublin was one of its activists said that Detroit – privatisation has been banned in Detroit but one of the things that has come out of that is that half of the city’s department’s revenue, water revenue, goes to pay interest to private bondholders. And that’s something again, I didn’t know this could happen. And that’s because I’m peculiarly innumerate, I suppose, but apart from that, I think, Paul, this is where we need to be….”

All talk over each other and move on to talk about Áras Attracta. 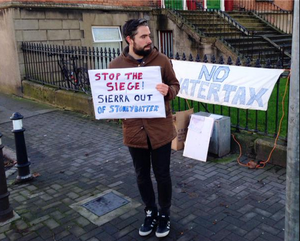 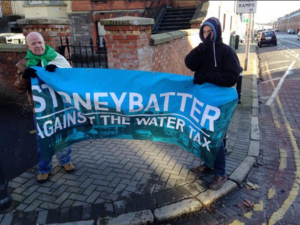 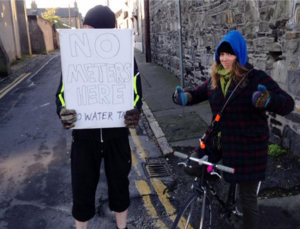 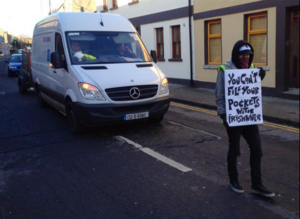