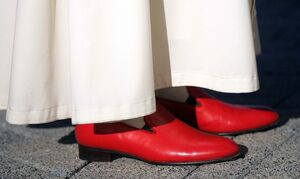 “Wednesday marked the first time that Ireland’s Parliament has lambasted the Vatican, rather than local church leaders, over the past 17 years of pedophile-priest scandals in Ireland. Those revelations have eroded Catholic authority in a nation where the church still owns most schools and several hospitals, and state-run broadcasters still toll a twice-daily call to Catholic prayer.”