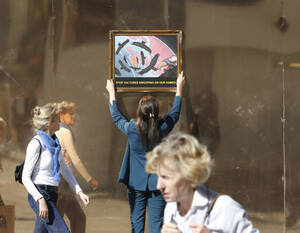 Effective lobbying is done as quietly as possible behind the scenes, ensuring that you get the result you were looking for without anyone else being the wiser…

Back in September, Minister for Finance Michael Noonan proposed a number of changes to Section 110 of the Taxes Consolidation Act 1997 which contains the provisions for Ireland’s securitisation regime.

This was on the back of various concerns raised in the media that “investors” (foreign funds) were using the legislation to avoid paying tax on Irish property by using S110 Special Purpose Vehicles (“SPVs”) for their transactions.

The Irish securitisation regime is very generous in that it permits certain companies to deduct interest payments on profit participating debt (i.e. loans where the interest rate is directly linked to the underlying profits of the SPV rather than a set rate).

In effect, this means that these SPVS could wipe out all of their profits with interest deductions leaving only a very small taxable margin (usually €1,000). These SPVs were making tens of millions from Irish property, but effectively were only paying as little as €250 to Revenue.

The aim of the amendments to the regime were to ringfence profits arising from a property business and ensure that a deduction was not available for profit participating interest.

This would protect the Irish tax base by ensuring these SPVs would pay tax at 25% on all of its Irish property profits, rather than only on the token €1,000.

A property business was originally defined as one which is involved in the holding or managing of “any financial asset which derives its value, or the greater part of its value directly or indirectly, from land in the State”.

When interpreted this would include property loans and mortgages but also shares in a company which derive its value from Irish property (e.g a Limited company that holds property, also known as a “Propco”).

What nobody noticed though was that in the time between the publishing of the original legislation in September to the publication of the Finance Bill in October a very deliberate change was made to narrow the definition of ‘specified mortgage’.

Such a narrowing means this anti-avoidance legislation is now only confined to loans and specified agreements deriving their value from Irish land but not to shares in a Propco (more on why below).

At the same time of this deliberate change, the Government included another, seemingly unrelated, measure to restore 100% interest deductibility for landlords of residential properties. This generous tax break encourages Propcos to be highly geared, to ensure their rental profits are significantly reduced by interest deductions.

When you combine these two measures it means the ‘investors’ will warehouse their Irish properties into simple Propcos, rather than the complicated SPVs, QIAIFs or ICAVs that we’ve been reading about in the media.

The investors will own the Propcos, via their existing S110 SPVs. They will fully leverage the Propco with related party debt, maximising the new 100% interest deductibility rules. This will ensure that any income arising will be fully sheltered by tax deductions, thus a continuing ability to avoid tax on the Irish rental profit.

You couldn’t make this up.