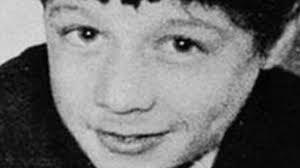 The Public Prosecution Service (PPS) has today issued a decision to prosecute a former soldier, identified as Soldier B, for the offence of murder in relation to the death of a teenage boy in 1972, and for a charge of wounding with intent in respect of a second youth.

Fifteen-year-old Daniel Hegarty was shot and killed by a member of an Army patrol on duty in the Creggan area of Derry on July 31, 1972, during what was known as ‘Operation Motorman’.

Daniel died after being shot twice in the head by Soldier B.

“As with all cases, I have also carefully considered whether the public interest requiresprosecution through the courts. Particular consideration was given to Soldier B’s ill health, regarding which an updated medical report was obtained.

In line with our Code for Prosecutors, I have concluded, given the seriousness of the charges, that the Public Interest Test for Prosecution is  met.

I have therefore taken the decision to prosecute an individual identified as Soldier B for the offence of murder in relation to the death of Daniel Hegarty and for the wounding of Christopher Hegarty.

This decision has been reached following an objective and impartial application of the Test for Prosecution which was conducted in accordance with the Code for Prosecutors and with the benefit of advice from Senior Counsel.”

Statement can be read in full here