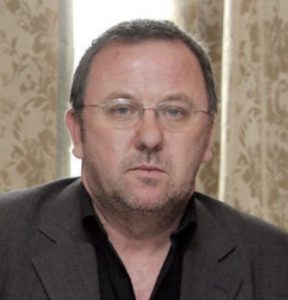 Last week, the government announced an agreement with public service unions to “end the two-tier” pay structure in the public service.

This was meant with some scepticism.

Government proposals in relation to “new entrant” public servants will not as has been suggested end the two-tier public pay system.

Rather it will institutionalise unequal pay and ensure those who enter the public service in future will be treated much less favourably than those who came in prior to 2011.

The proposal involves those on the post 2011 pay scales, which are two points longer than the pre 2011 scales, jumping the 4th and 8th points.

This will deliver some money for those who have been in the system for some time.

It will be many years before they catch up with their pre 2011 colleagues.

But the bigger issue is that he proposals leave the lower entry points in place meaning that anyone coming into the public service in the future will start on a salary far below those who started prior to 2011.

So for example, a lecturer in an Institute of Technology, based on current pay scales, will start with €4011 less than if they had started before 2011.

By the time this lecturer reaches the top of the entry grade, Assistant lecturer, they will have lost €14674.

And that does not take account of the fact that prior to 2011 teachers started on the third point of their scale. When that is factored in the loss amounts to €51564.

A major contributor to this loss is the failure of the unions to secure the reinstatement of the HDip Allowance. This will have implications for their pension.

Since 2013 all new entrants will have their pension determined by career average earnings rather than final salary significantly reducing their pensions below that of their longer serving colleagues.

In addition, loss of earnings means a further reduced pension.

So it is quite unacceptable for representatives of Forsa to claim that “the new measures will mean that public servants will no longer be at a long-term disadvantage based on the year in which they were recruited”.

This is simply not the case.

The government, and some trade union leaders, are asking serving new entrants to take the money and leave new entrants in the future to suffer the indignity of lower entry pay.

It is this approach which led to the current situation.

Trade union leaders looked to guarantee the pay of serving members while leaving those who might enter the service in the future to the ravages of government policies.

It can no longer be acceptable that unions should only protect those currently in membership without any regard to those who will follow in the future.

Any trade union leaders who would propose that members accept these proposal is lacking any moral compass and effectively supporting a policy of suppressing entry pay for new public servants.

One effect of this is that key public services will continue to struggle to recruit and retain suitably qualified staff.

Some have suggested that the implementation of the proposals will lead to a multitude of pay scales across the public sector.

But this is not true.

As the oldies retire and die off there will be one pay scale left with a significant reduced starting point.

The government will have achieved a key objective and trade union leaders will have colluded with them in doing so.

Eddie Conlon works as a Structured Lecturer in Dublin Institute of Technology [DIT]. He is a member of the Teachers’ Union of Ireland (TUI) and has previously served a number of terms on the national executive of the union.

Michael Taft will return next week.

Last week: This Will End In Tiers