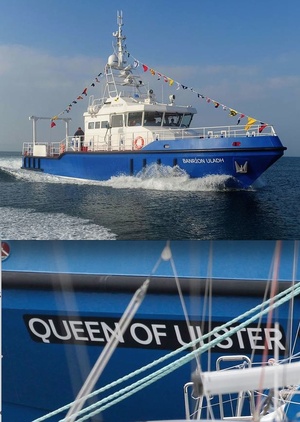 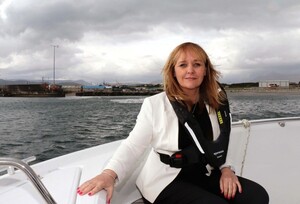 From top: Banrion Uladh  and the name change courtesy of Michelle McIlveen, the DUP’s Agriculture, Environment and Rural Affairs Minister

Banrion Uladh was the name of the vessel that patrols the Irish Sea as far south as Anglesey and as far north as Lough Foyle.

It transports officials with powers to board fishing boats to check if they are complying with EU quotas.

It was launched in 2010 by then Sinn Fein Agriculture Minister Michelle Gildernew, and its Irish name, which translates as Queen of Ulster, sparked annoyance among DUP MLAs.

Seems the Good Friday Agreement doesn’t supercede the Statutes of Kilkenny after all.