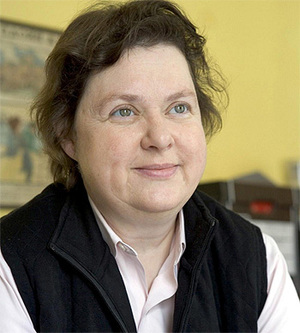 A fund set up in honour of the late Mary Raftery – whose 1999 States of Fear series for RTÉ and August 2003 report on the 1993 exhumation of 155 women’s remains at the High Park Magdalene Laundry in Drumcondra paved the way for uncovering the suffering at the Magdalene Laundries – may help you.

From the Mary Raftery Fund:

“The deadline for journalists to submit a proposal to the current funding round of the Mary Raftery Journalism Fund is this Friday, 21st June, at 5pm. Applications under the current round must focus on the topic of children’s issues.”

“The Mary Raftery Journalism Fund was created by the family and friends of investigative journalist Mary Raftery, who died in January 2012, and is currently supported by The One Foundation.”

“The aim of the fund is to promote more in-depth coverage of issues that were close to Mary’s heart and on which she focused in her ground-breaking investigative work, namely: mental health, migrant issues and children’s rights. The fund offers an opportunity for journalists to carry out detailed investigations into these issues and to expose any injustices that might exist.”

“The children’s issues funding round is the third of three rounds supported by The One Foundation during 2012 / 2013. The first two rounds of funding were under the theme of mental health and migrant issues respectively. Awards totalling €89,000 were made to 18 successful applicants from all strands of media. The average funding awarded was €4,300. It is expected that successful projects will be broadcast or published throughout 2013 and will be promoted on www.maryrafteryfund.ie and on social media platforms.”