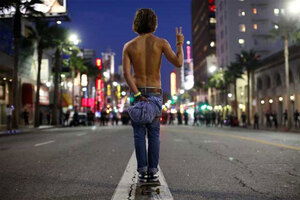 When a DJ sent a Twitter message on Wednesday telling people to come to a concert in Hollywood celebrating the release of a movie about raves, he wrote: “Let’s see if the magic of social networking will work today.” 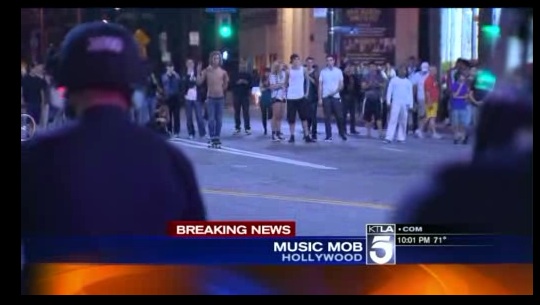 The tweet brought hundreds to Hollywood Boulevard, creating a near riot that closed off a busy section of the thoroughfare in front of Grauman’s Chinese Theatre for hours. The Los Angeles Police Department arrested three people on suspicion of felony vandalism in connection with damage to three police cruisers.