Award for Most Influential Website in Ireland ever has been announced. Congratulations to @IrishTimes #realexwebs15 pic.twitter.com/BfIedYKGB2 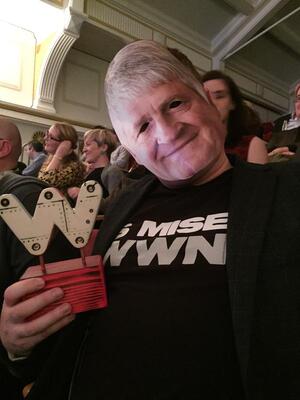 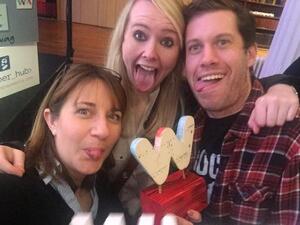 Gurning winners of best music website Golden Plec (above) a redactable-masked member of the [best website winner] Waterford Whispers News crew (pic three) and the [most influential website ever winner] Irish Times team (centre) this evening at the Realex Web Awards 2015 at the RDS, Ballsbridge, Dublin 4.

It was just an honour to be nominated. 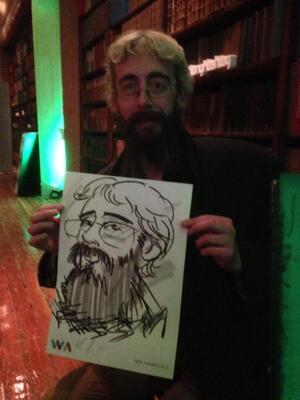 Squirrel-browed Broadsheet LImerick machine John Moynes with a portrait of the late Ronnie Drew this evening.

Is UCC, the first website in Ireland and one of the first ten websites in the world, the most influential? Are our friends in Revenue.ie the most influential or DoneDeal.ie, probably the most successful eCommerce site in Ireland. Media sites like Irish Times and RTÉ, new media kids on the block TheJournal and Broadsheet (hey!) moving online content forward or the champion of all things off topic for decades – Boards.ie

A panel of judges will now decide which of these sites was the most influential in Ireland and around the world.

Entries to the Web Awards are free whereas for other digital awards it can cost up to €150 to enter into a single category. We’ve saved people and businesses €150,000 in nomination fees with our awards this year. Accountants may point out we lost €150,000 in revenue.

The awards ceremony will be held in the RDS Concert Hall on October 15th and tickets are now on sale for €35. 2FM’s Rick O’Shea is the host for the evening. Tickets here

The shortlist for ‘Most Influential Irish Site Ever’ is out (Laura Slattery, The Irish Times) 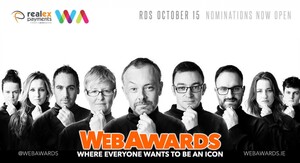 The Realex Web Awards are back!

The search has once again begun to find Ireland’s best websites. Realex and the Web Awards are joining forces for the seventh year running to recognise websites in 30 categories including News and Media, Entertainment and Arts, Technology and Social, Government, Education and Community, Commerce and Mobile sectors as well as Technical Awards.
All categories of the free to enter awards are open to nominations from anyone (excepting sponsors who cannot enter)..
The Web & eCommerce Awards have a special place in the Irish web community – because nominations are open to the public, they give smaller companies a chance for recognition.
This year’s award sees a new category which is sure to generate interest is Most Influential Website in Ireland (over the last 15 years) Nominations are open until 4pm on August 20th at webawards.ie/nominations. The shortlist will be announced on September 2nd and the finalists on September 29th…. 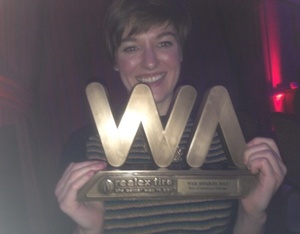 My good friend Shawna Scott (founder of Ireland’s first design-orientated sex shop: Sex Siopa) came away from the [Realex] Web Awards last night with the award for Best eCommerce website, beating competition from the likes of Vodafone and Avoca.

Earlier: Are We Hot? 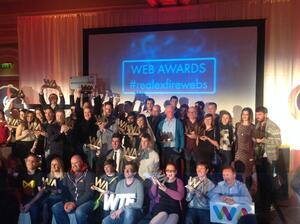 But they (above) are.

The winners of the Realex Web Awards (The Mulleys) tonight in the Four Seasons Hotel, Ballsbridge, Dublin.

We left empty-handed but… 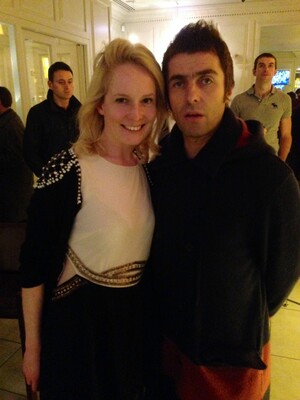 Our Emily and visiting Beady Eye frontman Liam Gallagher having it reasonably large in the lobby.

We haven’t been invited.

But we have been nominated!

UPDATE: We haven’t been nominated. Sorry.

UPDATED UPDATE: We have! Sorry.