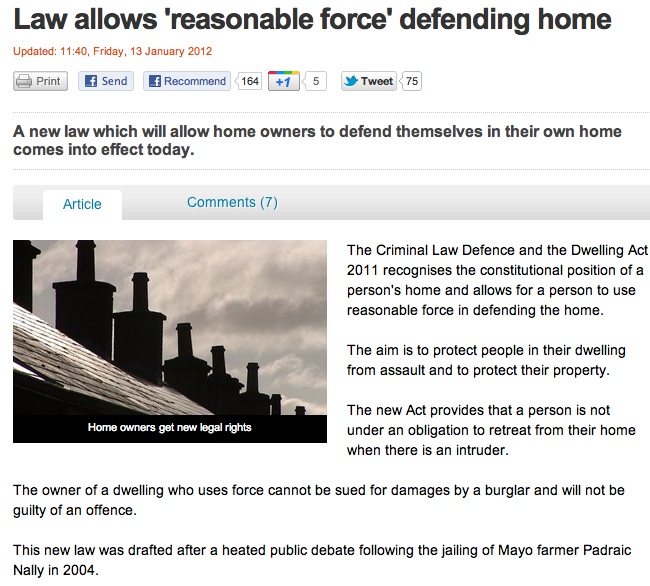 Mr Nally had been sentenced to six years imprisonment after he shot dead Johyn Ward, a traveller on his premises.
His conviction was overturned when the court of criminal appeal accepted he had not been allowed to use self defence as an argument during his trial.
The Irish Council for Civil Liberties has said new laws which allow homeowners to use reasonable force to defend themselves against burglars are misleading.
Under the laws, a person who uses what’s termed ‘reasonable force’ will not be guilty of an offence and cannot be sued for damages by an intruder.