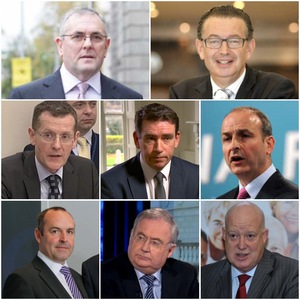 The Disclosures Tribunal – which is examining allegations of a smear campaign against Garda whistleblower Sgt Maurice McCabe – is scheduled to resume at Dublin Castle at 10am.

It will be first hearing from Fianna Fail TD John McGuinness.

Mr McGuinness claims that, on January 24, 2014 – the day after the then Garda Commissioner Martin Callinan made his infamous “disgusting” remark about Garda whistleblowers John Wilson and Sgt Maurice McCabe at the Public Accounts Committee – he met Mr Callinan in the carpark of Bewley’s Hotel in Newlands Cross and that Mr Callinan told him Sgt McCabe abused his children and nieces.

Mr McGuinness was the chairman of the Public Accounts Committee at the time and Sgt McCabe was scheduled to appear at PAC – to discuss the penalty points issue – a short time later (on January 30) – despite efforts by Mr Callinan to prevent this appearance.

In relation to Mr McGuinness’s claim, the tribunal has already heard that Mr Callinan has told the tribunal the following:

In addition, the Comptroller & Auditor General Seamus McCarthy is also to appear next week.

Readers will recall Mr McCarthy has told the tribunal that he met Mr Callinan at the PAC meeting on January 23, 2014 and that…

“Commissioner Callinan referred to Sergeant McCabe by name and made statements to the effect that Sergeant McCabe was not to be trusted, that he had questions to answer, and that there were allegations of sexual offences against him.”

As it stands, the witness list includes the following: