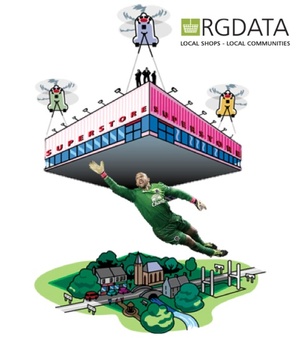 “I’m sure you’re bombarded with #ThingsTimHowardCouldSave tweets but I thought I’d send ours in – considering the day that’s in it. As it’s Independence Day, RGDATA, the voice of over 4,000 independently owned Irish shops, convenience stores and supermarkets, is encouraging people to shop local and support independent retailers today. €1 spent in a Irish owned and family operated grocery store generates three times more for the local economy than if spent in a large global multiple….”