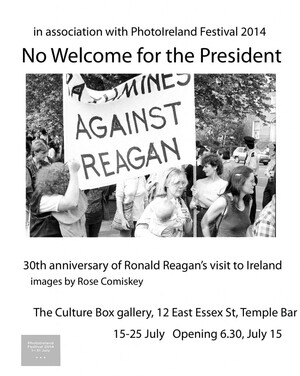 On the 30th anniversary of Ronald Reagan’s visit to Ireland, No welcome for the President, is an exhibition of photographs of some of the many protests against Reagan’s visit in 1984 taken by Rose Comiskey.

No Welcome For The President Exhibition 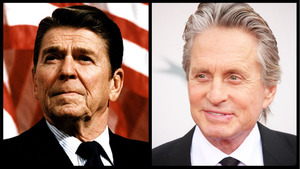 Thirty years ago this week, John Hinckley attempted to assassinate the then US President, Ronald Reagan:

…on March 30th of 1981, 25-year-old John Hinckley wrote the following letter to actress Jodie Foster. In it, Hinckley — a man so obsessed with Foster as a result of her role in Taxi Driver that he had previously followed her to Yale University; enrolled in a class; and proceeded to stalk her — made clear his immediate plan: to kill U.S. President Ronald Reagan in a bid to somehow win her affections.

True to his word, later that day Hinckley fired 6 times at Ronald Reagan outside the Washington Hilton Hotel; four people, including Reagan, were injured. At trial the next year, Hinckley was found not guilty by reasons of insanity.