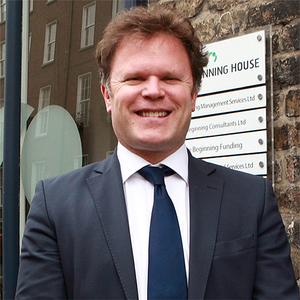 Bank bashing has gone too far in Ireland https://t.co/0xVc6w4i0N via @IrishTimesOpEd

‘Recently, both Fianna Fáil and Sinn Féin have had quite remarkable Bills pass through stages in the legislative process.

Among other things they will restrict the sale of residential mortgages to “vulture funds”. If any of these many Bills became law, there could be profoundly negative consequences for the system in general.

At a very minimum the ordinary economy would be more severely restricted from accessing credit. Any competition in the market would run a mile and existing banks would be damaged in important ways.

Given that Irish borrowers are already so well protected, the actual intent of these proposed laws seems to have little to do with protecting those in financial distress and everything to do with being seen to have grabbed a pitchfork…’

Poor little banksters of #Ireland. They get away with #MURDER, thanks to corrupt politicians & a criminal @centralbank_ie, but we should stop bad-mouthing the sleazy scum-bags.