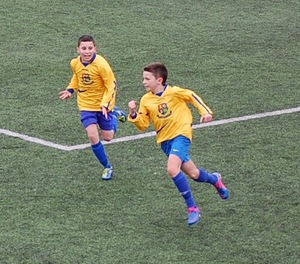 Anyone feel like donating to this schoolboy football club who've been fined for taking stand against racist abuse? http://t.co/zltcafgxdY

Eoin English of the Irish Examiner reports that a Cork schoolboys soccer club has been fined €200 for abandoning a game after one of their players was racially abused.