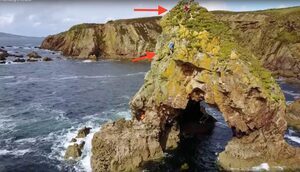 Sea Stack climbing in Western Donegal is the most adventurous commercially available activity in Ireland and Bristi Stack as featured in the film is just one of over 60 stacks found along the Donegal coast.

Shot and edited by Paul Doherty