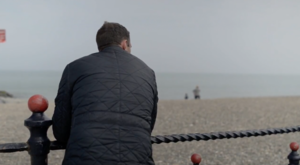 Further to an earlier post this morning in which the victims of convicted and jailed paedophile Bill Kenneally responded to claims Kenneally made, through an intermediary, to The Irish Times in an article supported by the Mary Raftery Journalism Fund…

Journalist Mick Peelo will present a Would You Believe documentary called Beyond Redemption?

An explanatory piece about the documentary on RTÉ’s website states:

“…this special, investigative Would You Believe? documentary lifts the lid on Ireland’s sex offenders to discover a number of unpalatable truths: most are not paedophiles, most are never caught or convicted and almost 40% of them are children under 18; most sexual abuse happens within families and is kept secret.”

“Demonising the few sex offenders who are convicted is understandable, perhaps, but takes the focus away from the majority, who continue to operate undetected. In fact, it endangers rather than protects our children and our society.”

“Like it or not, a more humane approach to sex offenders actually reduces further victims.”

In the documentary, Mr Peelo goes to Arbour Hill Prison where he talks to the prison’s Governor Liam Dowling and psychologist Dr Emma Regan about the prison’s sex offenders’ treatment programme. He also meets and interview sex offenders and people who work with them.

In addition, he travels to Canada where, over 20 years ago, a mennonite community took in a paedophile called Charles Taylor in which he took part in a Circle of Support.

“This Christian community built a Circle of Support and Accountability around a man the public had good reason to regard as a dangerous, serial predator, so that he wouldn’t reoffend. For the rest of his life, Taylor never did and those Circles of Support continue to help other offenders to re-build their lives in safety in a community setting.”

These “circles of support” are operating in Ireland, too.

Nearly 50 people have volunteered to support and monitor convicted sex offenders in the community, as part of a Probation Service programme which has substantially reduced reoffending in other countries.

The Circles of Support and Accountability (COSA) programme, which was launched in Dublin last year, is designed to reintegrate medium to high-risk sex offenders into the community by including them in an informal social support circle of volunteers.

The model originated in a Canadian Mennonite community and has since been successful in Europe.

Studies suggest there has been a 70 per cent reduction in sexual reoffending by those who go through the programme.

…Last year, 45 volunteers were selected following a public recruitment campaign. Individual offenders were put in a group of between four and six volunteers.

… The programme is funded by the Probation Service, at a cost of €71,000 a year, but is run by PACE, an offender rehabilitation organisation headed by Lisa Cuthbert.

Further to this, on this morning’s Today with Seán O’Rourke on RTE One, Mr Peelo discussed his documentary.

Also present to discuss is was Cormac Walsh, who was abused by Michael Byrne, a former teacher and brass band leader, from Templerainey, Arklow, Co Wicklow, and former Toronto police officer Wendy Leaver, who is an advocate of the Circles of Support programme.

Mr Walsh and Ms Leaver – a retired detective of the Toronto Police Services and worked in its Sex Crimes Unit for 20 years – also feature in tonight’s documentary.

From the discussion on the Sean O’Rourke Show…

Sean O’Rourke: “Mick Peelo, can you first outline to us: how did this programme come about and when was that question first posed? Could the way we currently treat sex offenders be doing more harm than good?”

Mick Peelo: “Well, Would You Believe? is celebrating 25 years of making documentaries on RTE and I’ve been working on it for 24 of those 25 years. I’ve been privileged enough to do that. And I suppose in that I’ve made some of the most harrowing and difficult programmes about sexual abuse. But this one, this particular one tonight, is probably the most difficult I’ve ever had to make but, for me, it’s one of the most important. I suppose because it raises hard-hitting questions about offenders of sexual abuse. In a way, I suppose, it makes us sit back and think about how do we treat sex offenders and is the way we treat sex offenders demonising them, isolating them, having a negative impact. And, I suppose, I’ve been hearing back from, over the years, from people working with sex offenders, people who sexually harm, that ‘yes, you in the media are one, a serious problem’ is what they’re saying to me, so, basically, I suppose, I listen to that and listen to sex offenders and ask those questions.”

END_OF_DOCUMENT_TOKEN_TO_BE_REPLACED 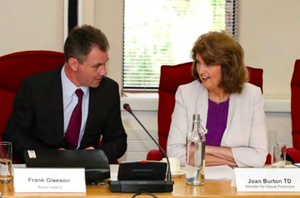 On Today with Sean O’Rourke on RTÉ Radio One this morning, Keelin Shanley discussed JobBridge with Frank Gleeson, chairman of Retail Ireland and Managing Director at Aramark Food Services, and Laura Duggan, from Work Must Pay.

Mr Gleeson quoted figures he said came from the Department of Social Protection. To wit:

“[We’ve had] 17,500 host organisations. We’ve had 55% of internships advertised have been filled – so that’s a huge success. And we’ve almost had 42,000 people, young jobseekers, actually commence JobBridge with 37,000 completing it. And if you look at the progression from that, almost after 5 months, I think something like 60 per cent of them have gone on to get full-time or employment generally.”

“Well according to the National Youth Council of Ireland, only 27% of JobBridge, people who complete JobBridge, actually go on and complete full-time employment. The rest of them end up in temporary, part-time or seasonal work.”

We don’t see [JobBridge] as the root of all evil or anything, it’s just a symptom of  much broader problems that are facing workers and unemployed people and young people in general.

JobBridge is being used by the likes of the HSE, all levels of Government and even the guards. People go in and do their nine-month internship with these companies, they’re not going to get work because there’s an employment embargo, it’s being used to fill, paper over cracks essentially by these groups.

We have companies, where we’ve protested, that have a track record of advertising for entry-level positions right up until the introduction of JobBridge in 2011. All these entry-level positions are no longer publicly advertised – you have to do your nine-month JobBridge before they’ll offer you it. You can’t go in to these companies any other way, you have to do your nine months of free labour.”