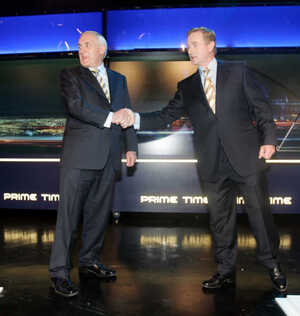 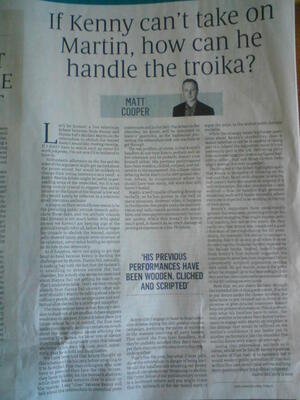 The more serious issue is that Kenny’s decision to duck out of yet another debate suggests weakness on his part. Unless it takes place in a forum where he is in control, the Fine Gael leader consistently declines invitations to talk about the most serious issues affecting the country. The taoiseach’s latest vow of silence is particularly unforgivable given that Seanad abolition is his own big idea; proof, apparently, that he is bold and imaginative.

The real problem, of course, is that Kenny’s handlers do not trust him to perform well on live television and he probably doesn’t trust himself either. His previous performances have been wooden, clichéd, scripted, and vulnerable to the unexpected. His collapse when debating Bertie Ahern in the 2007 general election debate, in circumstances where he should have won easily, left scars that still haven’t healed. 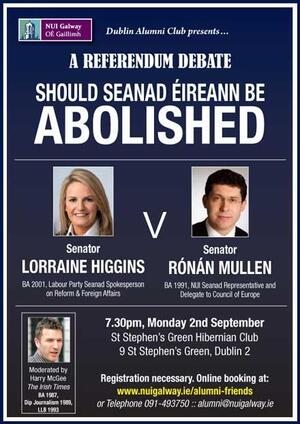