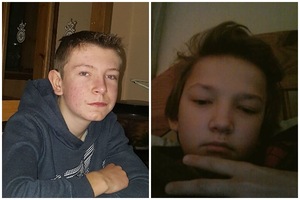 Gardaí are seeking the public’s help in tracing the whereabouts of missing 13-year-old boys Sebastian Rowley and Davis Stepka, from Bantry, Co Cork.

Both boys are believed to be in the Dublin area.

They were last seen in Bantry at about 10am to 11am yesterday (Thursday, April 26).

When last seen, Davis was wearing a navy pants, black jacket and brown walking boots while Sebastian was wearing a red jacket, school uniform and was carrying a blue rucksack.