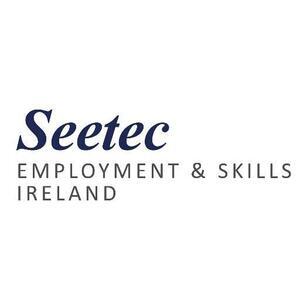 In the third in a series of articles examining ’employment activation’ schemes for the unemployed in Ireland, Eamonn Kelly looks at the British company behind Jobpath.

When assessing a potential candidate for a job, as any employer will tell you, it is wise to look into their backgrounds to get a measure of the individual.

Since corporate bodies have influenced legislation to be legally regarded as individuals when it comes to being called names and so on, it is only fair that we peek into the backgrounds of Working Links (the British company behind Turas Nua) and Seetec, to see what they were getting up to before the Fine Gael/Labour coalition decided to hire them.

Seetec were the subject of a series of articles in 2014 by Private Eye, among other publications, concerning allegations of fraud, as relayed in an article in the weblog Beastrabban, referencing an article in Private Eye 30th May – 12th June 2014 issue:[1]

“Urgent questions are being asked at the Department for Work and Pensions over a failure to investigate properly allegations of fraud by Seetec, which has various DWP contracts to help jobless people find work.

The same blog source references a previous Private Eye issue which reported that Seetec were “the worst-performing of the eight Work Choice contractors” operating in Britain at the time.

“artificially inflating the number of jobs it said it was finding for disabled people”, had offered “clients as free labour to charities and other host organisations” and had logged “placements as ‘job outcomes’, claiming payments from the government.”.

The story goes on to say that the DWP (Department of Works and Pensions), when informed of these allegations via the Disabled News Service, launched an investigation, but did not interview the whistle-blowers, and eventually found that no fraud had taken place. The article says that the DWP were now facing accusations of a cover up.

In 2012, Wales Online reported that “A Company which holds a multi-million-pound contract with the UK Government to find jobs for unemployed people in Wales has been accused of engaging in systemic fraud by its own former chief auditor…Working Links (WL) maintained it had a zero-tolerance approach to fraud, and that all irregularities had been investigated and resolved….”

The report goes on to describe some of the evidence given to a House of Commons Public Accounts Committee by Mr Eddie Hutchinson, former head of internal audit at Working Links, the British parent company of Turas Nua.

“In June 2008 Mr Hutchinson wrote a briefing note for the company’s executive team which quantified the losses from 15 separate frauds and irregularities over the previous 15 months at around £250,000.

Mr Hutchinson is reported to have told investigating MPs:

“The common theme in relation to the DWP contracts was that all of these frauds involved the falsification of job outcome evidence to illegally claim monies from the DWP, together with the false claiming of bonus payments by staff through the company’s incentive bonus system. In my professional opinion, this type of fraudulent behaviour perpetrated by WL staff was extensive, it related to cultures that existed within a number of offices, and was also systemic throughout many areas of WL’s operations on DWP and other funding agency contracts.”

A fresh scandal followed these and related fraud revelations in the Workfare Programme when the DWP exonerated all the companies accused of fraud, including Seetec and Working Links, in what was widely regarded as a political move.

In 2012 the Guardian reported that whistle-blowers had been gagged by Tory MP’s, with the Tories claiming that all cases of fraud had occurred under the Labour Government.

Wales Online closes its report on the fraud allegations with this:

“A DWP spokesman said: ‘These allegations all relate to programmes run by the previous government. We have changed the way we run new welfare-to-work programmes to safeguard taxpayers’ money. We only pay by results and under the Work Programme, claims are verified against benefit and employment records to make sure fraudulent claims are not processed.’

Getting back to the initial idea of checking the background of prospective employees. If I can find this fairly damning material on the two companies in question, how come our government couldn’t?

We can only assume either that our Government did background checks and felt that these two dubious candidates were fine; or that they didn’t bother doing background checks, and just flung public monies out blindly, as part of a wild gesture to make it appear like they were actually taking some action on the employment creation front.

If the latter is the case, then it amounts to negligence on the part of our public representatives. A negligence which is pretty unforgivable, given that the representatives involved were charged with the task of the provision of social protection. This stands in stark contrast to their actions which seem more akin to throwing the poor to the wolves.

And if our elected representatives had dug even a little deeper, they might have found this report in the Guardian, concerning a study conducted by the British National Auditor’s Office which appears to show that employment activation, as practised by the Workfare model, isn’t working.

“An analysis by the Guardian shows that none of the 18 contractors to the flagship Work Programme have reached their target of keeping at least 5.5% of jobless people referred to a scheme job for half a year in the year until July 2012. This is despite the government having spent £435m on the scheme so far. Providers are paid for taking on a jobless person, finding them a job and then ensuring they keep it.”

Scottish MP Mhairi Black concurs with the view that there appears to be a conflict between the stated aims of the concept of employment activation, and the concept’s actual political goals.

In a Youtube video from earlier this year (2017) she claims that the benefits sanctions system in Britain costs more to administer than it actually saves, has the opposite effect of its own stated purpose, ie to create employment, and instead drives people into destitution.

She concludes that the real drive behind the system is an ideological demonisation of the poor.

A proposition that immediately brings to mind the various defamatory and insinuating comments made by our own Leo Varadkar against the poor in recent months.

Previously: Jobpath And The Reality Of Employment Activation