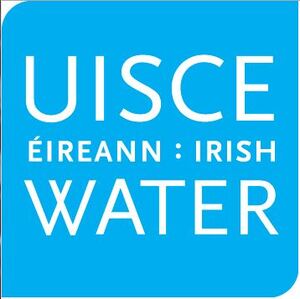 Further to the Irish Water debacle.

Shane Coleman: “In a statement to me, on Friday, Ivan, pointed out that all senior managers in Irish Water were subject to open recruitment and there seems to be two types of recruitment processes in Ireland, one is for specialist roles, they are roles in asset management, capital – they’re very technical kind of jobs there. Apparently they are advertised to employees in local authorities and Bord Gáis and in the Department of Environment, before being advertised openly on the website. Now the company stressed all other jobs in the organisation are advertised publically on recruitment websites and newspapers, and so on. 220 of the appointments have been made so far, including nine on the senior management team. This is particularly interesting because, going through the senior management, if I can go through them very quickly…”

Coleman: “Well, there’s a significant number of them that are from, the majority of them are from either local authorities or the semi-State sector. For example, obviously, John Tierney, you mentioned, he joined from Dublin City Council, his head of operations and maintenance, Ray O’Dwyer, joined from, well he joined from the Government’s efficiency and reform programme but he had been the Waterford County Manager, of course we know. John Dempsey, the head of finance in Irish Water, joined from Killkenny County Council; Angela Costelloe, the head of human resources, joined from Dublin City Council. Gerry Galvin, the chief technical officer, joined from the Department of Environment; Paul O’Donoghue is the head of customer operations, he joins from Bord Gáis, to which of course is Irish Water’s parent company. And then two of the other senior managers joined from RPS. Now RPS is a major international consulting firm, energy and other major infrastructural projects. They had a minor role in the establishment of Irish Water but they also advised Dublin City Council on the Poolbeg Terminal Treatment Project and incinerator in Ringsend, when John Tierney was [Dublin] city manager. They were paid over €30million over a period of a decade for that role as client representative. So two of the senior management come from there. Elizabeth Arnott, head of communications and corporate services, joined from, well she joined from Irish Water programme, but she previously worked with RPS and head of management, head of asset management, also joined from the Irish Water programme. Again he previously had a role with RPS. Irish Water at pains to stress, both the former RPS executives had left RPS before they actually joined Irish Water. So, if you go through the nine, you’ve got four from local authorities, two from RPS which obviously had strong links with both Irish Water and Dublin City Council before, one from the Department of the Envrionment, one from Bord Gáis and only one, exclusively, from you would say, the private sector: Fergus Collins, head of capital delivery, he worked for a large, for a number of large-scale civil engineering contractors. Now, Ivan, it’s important to stress, all these people are wel qualified, there’s no doubt about it, if you look at their CVs…”

Coleman: “Well that’s the suggestion that’s been made, it’s a suggestion that we should say has been completely refuted by Irish Water, but I imagine this will be an issue that will be raised at the Environment Committee meeting tomorrow.”