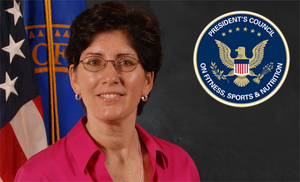 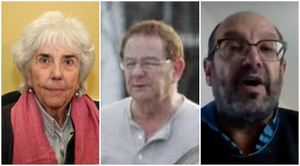 Readers may also recall how, in March 2015, it was reported that police in Colorado, America, investigated a complaint of sexual assault made by a young swimmer against Gibney in October 1995 – a year after the sexual abuse and rape charges against him were dropped in Ireland.

Last month, US journalist Irvin Muchnick, of Concussion Inc, reported that the police officer who investigated the complaint made in North Jeffco was the mother of a swimmer at North Jeffco.

Independent TD Maureen O’Sullivan has written to Shellie Pfohl, head of the new US Center for SafeSport, formally requesting an investigation of George Gibney.

“The center had told this reporter that it would undertake, at minimum, a preliminary investigation on the basis of third-party reports. Lawyers who work in the abuse field had advised that O’Sullivan was best situated to initiate the process.

“In her letter request to Pfohl, O’Sullivan cited two known incidents on American soil involving Gibney, the former Irish Olympic swimming head coach who fled to this country after being charged with 27 counts of indecent carnal knowledge of youth athletes in his charge.

“The first incident was his alleged rape and impregnation of a 17-year-old Irish swimmer during a training trip in Tampa, Florida, in 1991, when he still resided in Ireland.

“The second incident is a somewhat less clearly understood act of alleged sexual misconduct in 1995, when Gibney was a coach for the USA Swimming member team North Jeffco in Arvada, Colorado, and presumably was himself a USA Swimming member.

“In the course of an Arvada police investigation of that incident, which might have been spurred at least in part by a complaint about the incident itself as well as information about his Irish past, Gibney was separated from the North Jeffco club and, apparently, did not coach again.

“However, he remains a resident alien in the US to this day, even though his 2010 application for citizenship appears to have been rejected on the grounds that he lied on it about past criminal charges in Ireland.

“Concussion Inc. has sought unsuccessfully for access to the 1995 Arvada police report from the department and the city manager.

“On April 12, a prominent First Amendment attorney in San Francisco, Karl Olson, of Cannata O’Toole Fickes Almazan, sent on our behalf a request for reconsideration of their denial to Mayor Marc Williams.

“Olson argued that the city has the discretion to release the material under the Colorado Criminal Justice Records Act, and urged it to do so in light of the passage of time, the fact that there was no criminal complaint or charge against Gibney and the matter is closed, and the narrative is of great public interest in the current Irish-American campaign on behalf of Gibney’s numerous victims.

“Arvada has acknowledged receiving the Olson letter and promised a response.

“In Irish legislator O’Sullivan’s other new move, she has confirmed that she also wrote on April 12 for the assistance of Congresswoman Diana DeGette of Colorado’s First District.

“DeGette, the Democrats’ chief deputy whip, is ranking minority member of the subcommittee of the House Energy and Commerce Committee, which is investigating the handling of the abuse issue by USA Swimming and other US Olympic Committee national sport governing bodies.

“O’Sullivan had appealed previously to Senator Dianne Feinstein of California, chief sponsor of the Safe Sport Act of 2018, and Congresswoman Jackie Speier of California, a leading voice of the “#MeToo movement” and the Democrats’ unofficial House of Representatives watchdog on the youth sports abuse problem. Speier referred the Gibney matter to the House Judiciary Committee.

“O’Sullivan’s letter to DeGette states in part: “I know there is tremendous work going on in the US in relation to uncovering the abuse of young people by their sports’ coaches and it is in that light that I am contacting you, hoping that this case of George Gibney be examined, especially due to your work with the House Energy and Commerce Committee investigating USA swimming.” Gibney’s victims, O’Sullivan added, “have been waiting a very long time.”