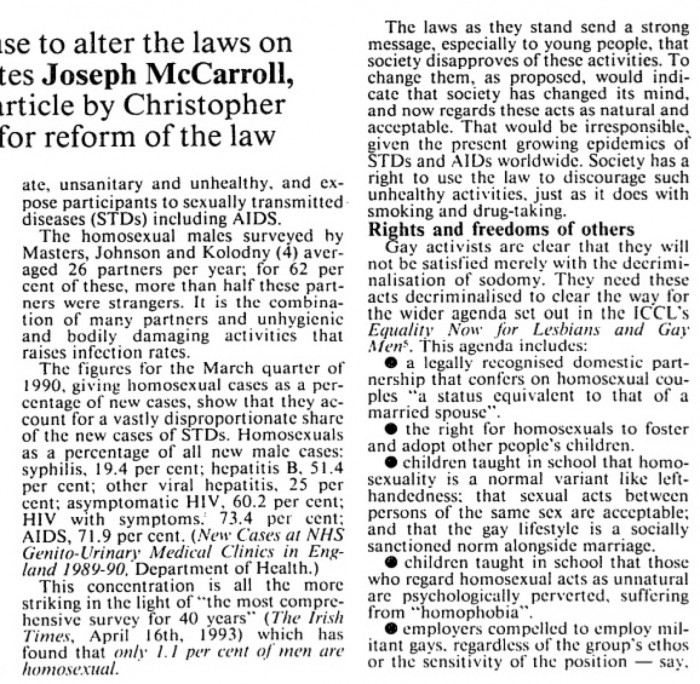 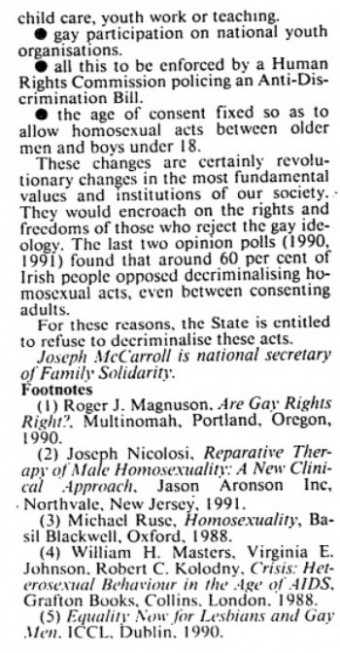 ‘Children taught in school that homosexuality is a normal variant like left handedness.’

“The human rectum is designed to expel waste…”

The extreme case against the decriminlisation of homosexuality in Ireland made by Joseph McCarroll, then head of Family Solidarity and later Families Against Divorce.

Wonder what he’s up to?

Perhaps with the benefit of hindsigh –

“Inserting into the Constitution an Amendment purporting to create a right of persons of the same sex to marry puts in place a legal rationalisation at the highest level that makes it more likely that Courts would argue and conclude that such couples have a right to an opportunity to “have children” using IVF, thereby making more difficult and less likely to succeed, moves to have IVF practices involving violations of unborn human embryos’ rights to life and to uninterrupted human development vindicated in Irish courts.”