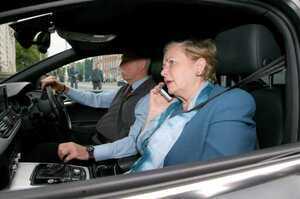 Tánaiste Frances Fitzgerald is to seek Cabinet approval today for new legislation to allow gardaí to intercept the emails and social media accounts of criminal suspects.

Ms Fitzgerald is expected to request consent to make a number of announcements in the area of organised crime.

The Minister for Justice is to update and expand two outstanding Acts to give the Garda new powers.

Under the proposed amendments, gardaí will be allowed to intercept the emails, social media and instant messages of suspected terrorists and organised criminals.

The proposed legislation will stretch to WhatsApp, Viber, Facebook and emails.

Would you trust the Guards with these new powers to look at our emails, Facebook and what’s app? I suspect they’re already doing this. But of course, where do you draw the line and once given these powers they’re almost impossible to row back on.

CIVIL servants snooped on personal data and recklessly passed it on to unknown callers — but they kept their jobs after pleading ignorance.

The Irish Independent has learnt that almost 100 employees in the Department of Social Protection accessed and passed on highly sensitive information, or snooped on their friends, colleagues and well-known personalities.

But despite thousands of records being improperly accessed over the past seven years, not one member of staff has been sacked for their conduct. This is despite them breaching both the Data Protection Act and the department’s own internal rules.