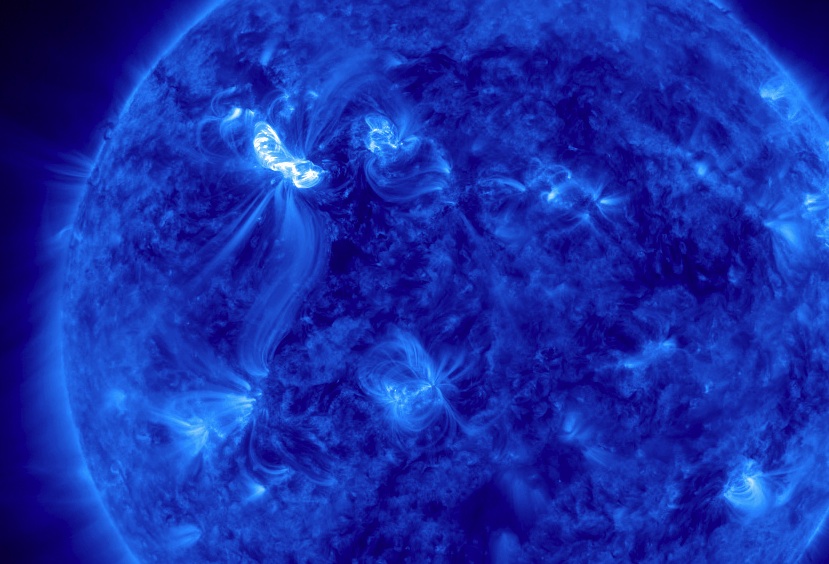 The biggest solar storm in five years is battering our planet right now, and may cause disruptions to satellites, power grids and communications networks over the next 24 hours, space weather experts say.

Two strong solar flares erupted from the surface of the sun late Tuesday (March 6) [image above – flare in upper left of pic] , blasting a wave of plasma and charged particles toward Earth. After speeding through space at 4 million mph, this eruption of material — called a coronal mass ejection (CME) — should be hitting Earth now.