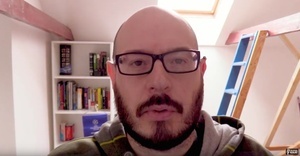 A look at the Iona Institute.

With ‘Atletico Spudland’, a new podcast from Spud Murphy (top), formerly of The Comedy Cast.

First up, I’m making a three-part series about The Iona Institute. In the first episode (above) I look at the make up of the company, why they’re on Irish television and radio so much and where they get their money from and what they spend it on.

Over the coming months I’ll be putting out more documentary podcasts and videos on topics like this much and more besides. Let’s rattle some cages and have some fun while doing it.