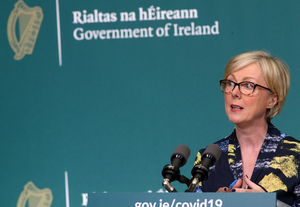 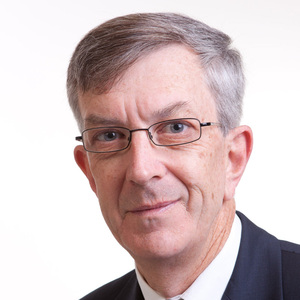 Is your employer not taking part in the the Government’s emergency wage subsidy scheme, announced by Minister for Employment Affairs Regina Doherty?

Whereby employees, whose work has stopped due to the coronavirus, are paid 70 per cent of their salary by the State, capped at €410 a week? And whereby employers can top that sum up?

This morning, on RTÉ’s Today With Seán O’Rourke, employment law solicitor Richard Grogan explained why he and other employment solicitors are advising employers not to sign up.

Richard Grogan: “Any company that signs in for this new wage subsidy is going to be giving a declaration saying that they’re insolvent, that’s what they’re going to have to say on the bill, the way it’s currently drafted.

“That means that the directors of those companies are going to be in the position that they are effectively fraudulently trading. So that’s a very serious issue.”

Seán O’Rourke: “We haven’t heard of this before you. You’ve been studying this legislation now I mean it’s rushed legislation. Take us through that argument.”

O’Rourke: “Now I don’t have the paper in front of me but my recollection is that the requirement is that you would have to show Revenue that your income had dropped by 25 per cent?”

Grogan: “The headline was/is that the income is dropped by 25 per cent but the bill also has a section, in sub section 2, which says that you must also show that you’re not in a position to pay the wages. So that’s the issue that insolvency practitioners have been talking to me, have a real concern about.”

“In relation to the issue of the €410, it has been put that it’s up to the employer whether they increase the amount. That’s not the position in the bill. The employer will have to be able to prove that they were not in a position to pay the full wages. So even if they go into this scheme which is now one that I think employment lawyers are going to be, and insolvency practitioners, I would say, this is not one that we can be happy with.

“The employers are still going to have to show that they’re not in a position to pay the full wages, the top-up element. So this is a very serious…the proposal is a great proposal and it’s laudable and I applaud it.

“But, however, how this bill has been drafted is such that there is serious concerns in the legal profession, those who advise others that this is going to work and that we could actually advise our clients to go into it.”

O’Rourke: “And are you saying to your clients at the moment that they shouldn’t go into it?”

O’Rourke: “That would be very serious.”

Grogan: “As the bill is currently drafted, yes. And I’ll tell you why. The first [inaudible] is, the 25 per cent reduction period, that’s not specified as to what it should be. Secondly, you have to say that you’ve an intention to keep the employee in employment to a specified date which is yet to be specified so that may not be the 30th of June. It could be the 30th of September.

“You also have a situation where there’s a mistake in the drafting so that if you do top-up the wages, you won’t be allowed claim that as an expense on your business. So, and in addition, if you do go into this scheme, your name and your address, as an employer, is going to be put on a website. Now that’s your credit rating absolutely gone.”

O’Rourke: “Now, is this not…because it’s an emergency measure, right? It’s a measure in the public interest. Does that not, or might that not mean that the usual rules would not apply, Richard, like, in regards to trading insolvently and so forth?”

Grogan: “Well that’s not in the bill. So they would now have to bring in an amendment to the bill to say that you are allowed to trade when you are insolvent. That’s a massive issue of drafting. So the problem on this is it could be easily dealt with by simply saying that you’ve a 25 per cent reduction and get rid of this provision that you’re not in a position to pay.”

O’Rourke: “Or could you say that people participating in this scheme are not deemed to be insolvent?”

Grogan: “You could say that they’re not deemed to be insolvent but the easiest one is simply to say you’ve got a 25 per cent reduction in turnover. Now what I will also say to you is I’ve been looking at this and I can’t work out, from the bill, what the relevant period is for working out what your reduction in turnover is compared with what period.

“So it doesn’t say, is it 25 per cent reduction on what your turnover in January and February or is it in the same period last year or what is it?

“So this bill has been rushed through but it hasn’t been thought out.”

O’Rourke: “Yeah. I presume various representations would have been made to the minister Paschal Donoghue about this?”

Grogan: “Well, I think representations will be made about this. And I hope they are going to be made. And I know that there are some that are being put in place at the moment. But this bill, as it currently stands, if an employer goes to an employment lawyer, they’re going to say we’re going to now have to go, you are going to need accountancy advice on your accounts and legal advice to get it.

“So if you take the average small SME, the actual cost of working out can you go into this scheme, without ending up in a situation where if you get it wrong, you’re liable to repay every single penny, plus interest, plus penalties.

And it’s going to be, for most SMEs, ‘I’m sorry, you cannot afford the cost of actually working out can you go into the scheme’. That’s ridiculous.”