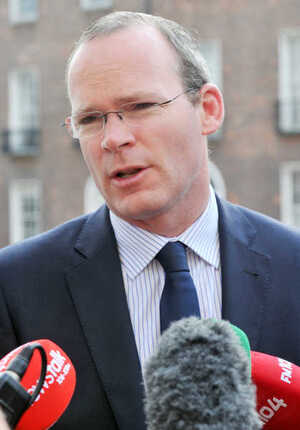 A new kind of politics, they swore.

“More than €700,000 has been paid out in overtime to ministerial staff such as personal assistants and secretaries since the Coalition was formed in March 2011, new figures reveal.”

“Two staff employed by Minister for Agriculture Simon Coveney (top) earned overtime payments of more than €43,000 between them since the Government came to power just over two years ago, the figures provided in response to parliamentary questions show.”

“Mr Coveney’s press and political adviser received overtime payments of €26,109.81 in that period, while his personal secretary received €17,489.36.”

Previously:There Are Simply No Words