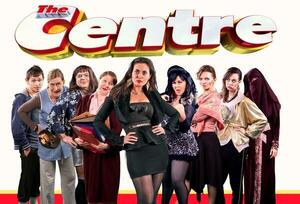 So how was it?

‘The Centre is a throwback to the dark ages of television and RTÉ should do better. Nuala is the stock character of a ‘man in a dress’ played for cheap laughs. Her appearance and identity are fair game to the other character’s on the show and their comments and quips re-enforce every stereotype that exists for trans people in this country. Not only is she is referred to as ‘king kong in a thong’ but there are references made to her surgical status, her hormone levels, body hair and Adam’s apple. At no point is the audience laughing with Nuala, they are laughing at her.’

‘The Centre masquerades as edgy by poking fun at minority groups. Unfortunately, we see the very real effects of how this type of ‘humour’ contributes to the marginalisation of the trans community. There is no doubt that negative media representation contributes to pervasive transphobia. This has a direct and detrimental effect on trans people’s sense of self-esteem and contributes to their fear of coming out.’