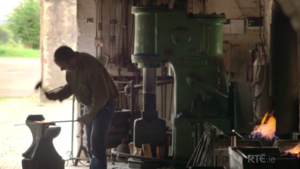 The transmission of Angelus bongs on the television without text subtitles for the hard of hearing is in violation of accessibility commitments to the entire RTÉ audience. At the very least, a priest holding a series of placards with the word “Bong!” on them should be shown.

I have no idea how the hard of hearing might be accommodated in an equivalent way by the radio broadcast of the Angelus, however, other than by not broadcasting the Angelus to any of us in the first place. Indeed, this seems like an optimal course of action across all media.

Previously: For Whom The Bells Toll