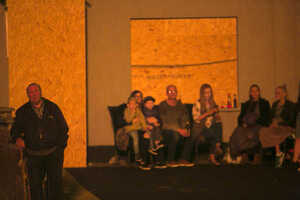 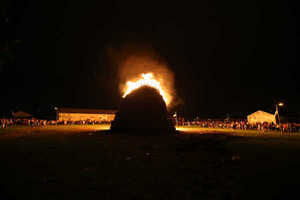 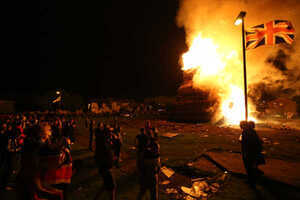 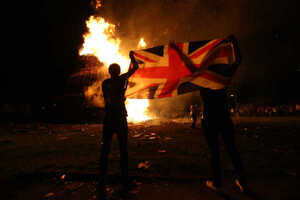 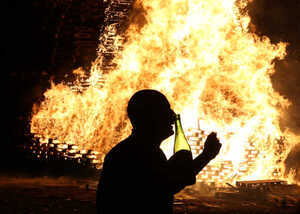 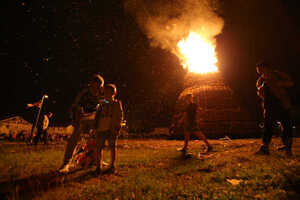 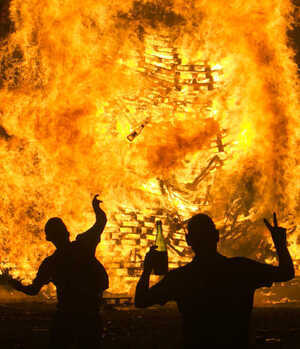 Orange-hued revellers celebrate The Eleventh Night, which refers to the night before the battle where Protestant King William III of Orange defeated Catholic King James II in Boyne on July 12, 1690. 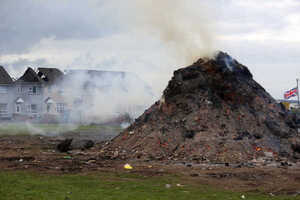 The smouldering bonfire, which led to two houses (left) being burned down in the early hours.