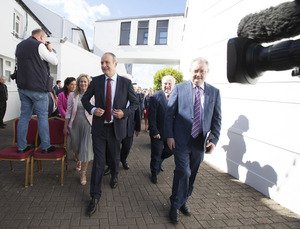 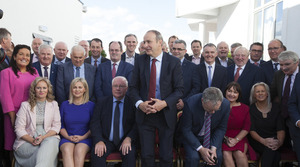 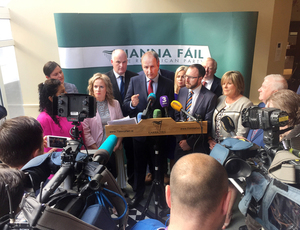 Leader of Fianna Fáil, Micheal Martin, surrounded by media and colleagues at  the start of the party’s Autumn Think In.

In scathing criticism too of the Taoiseach’s emphasis on communications, Mr Martin described the new unit dealing with this in Government Buildings as a political spin machine….

…On the question of the next Government, Mr Martin said again that Fianna Fáil and Sinn Féin are incompatible even if there was a new Sinn Féin leader, because, as he put it, “whatever Gerry Adams says, Mary Lou McDonald says”.