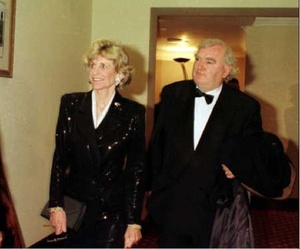 He was set to deliver a lecture at the American Irish Historical Society in New York but they were informed on Tuesday that he was not given a visa.
It is one of a number of recent visa decisions at the Dublin Embassy which have been causing concerns at senior levels of the Irish government.
Experts say it appears that seemingly arbitrary rules are being followed with no definitive explanations.