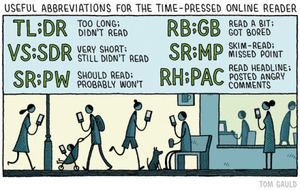 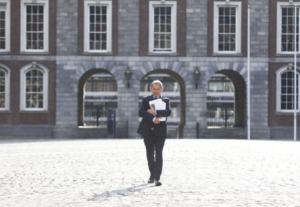 Some readers felt the post was too complicated and involved so much scrolling (due to an ongoing fault in the ‘Read More’ feature of our Android App which should be fixed next week) it has resulted in cases of thumb chafing.

Below is a shorter, comprehensive and scroll-friendly timeline of of the evidence heard so far…

– Ms D’s father, a sergeant, worked with Sgt McCabe in Baileboro when Sgt McCabe was sergeant in charge.

– As a result, Mr D lost his position and was reverted to other duties

– Mr D’s daughter, then 14, made a complaint to An Garda Siochana against Sgt McCabe in December 2006 claiming that, during a game of hide and seek in 1998, Sgt McCabe made a ‘humping’ motion towards her.

– The DPP rejected the allegation in 2007 and even queried how the complainant’s parents could have reached the conclusion that a sexual assault had occurred even as described.

– The Garda Commissioner, Sgt McCabe’s employer, was made aware of this matter.

– Ms Brophy sent a referral to Tusla even though there was no need to as the matter had already been referred.

– Ms Brophy first made a verbal referral – which was correct in so far as it related to just the 2006 allegation.

– However, Ms Brophy also made a written referral. In this referral, Ms Brophy mistakenly added a completely separate allegation of rape against a Ms Y to Ms D’s file. The effect of this mistake was that it was suggested Sgt McCabe raped Ms D.

– Days after Ms Brophy’s verbal and written referrals were made to Tusla, social work team leader Keara McGlone opened a file on Sgt McCabe. This file was based on the verbal report given by Ms Brophy so it related solely to the 2006 allegation and not the false rape allegation.

– Ms McGlone left a handwritten comment ‘Duty to guard notify and await assessment or allocation’ on a form added to Sgt McCabe’s file.

– Subsequent to that, Ms McGlone sent a private and confidential email to superintendent Noel Cunningham in which she sought a meeting to discuss Sgt McCabe.

– Supt Cunningham never responded to this letter. This wasn’t an official Garda notification.

– Ms Connolly sent a notification of Sgt McCabe’s file to the gardai even though she was aware the 2006 allegation had already been sent to the gardai and DPP had ordered for no charges to be brought.

– While sending the Garda notification, Ms Connolly made a monumental error by combining both the 2006 allegation, which was found to have no foundation by the DPP, and the 2013 allegation of rape pertaining to Ms Y which had nothing to do with Ms D but was wrongly recorded by counsellor Laura Brophy. The Garda notification therefore appeared to say that Ms D was accusing Sgt McCabe of raping Ms D during a game of hide and seek.

– Ms Connolly told the tribunal when faced with a verbal and written referral pertained to the same matter, she would “follow the content of the written report from the professional”.

– Ms Connolly wasn’t made aware of the Ms D/Ms Y mix-up until she had an interview with the tribunal’s investigators on June 23, 2017.

– Ms Connolly told the tribunal that she was never informed of her mistake by anyone – neither her colleagues not solicitors.

– On April 30, 2014, Ms Connolly also created intake forms on Sgt McCabe’s then four children, two of whom were aged over 18, under the direction of Eileen Argue.

– In May 2014, Ms D told counsellor Laura Brophy that there was an allegation of rape against Sgt McCabe wrongly attributed to her.

– Tusla’s Eieen Argue sent an email to Gerry Lowry at 11.13 [unclear if it’s am or pm], which was copied to Louise Carolan, telling him of what Ms Brophy had told Tusla in regards to “MMcC”

– Two months later, in August 2014, Mr Lowry replied by way of principle social worker
– and social worker Kay McLoughlin’s direct supervisor – Seamus Deeney in August 2014,
with a one-line reply: “Dear Seamus, This should not have been sent to me.”

– A year later, on May 7, 2015, social workers Kay McLoughlin and Gail Penders were reviewing files when Ms McLoughlin sent Mr Lowry and Mr Deeny an email about Sgt McCabe, raising her concerns that he hadn’t been contacted since 2007. Ms McLoughlin said in the email: “It has come back in again due to media coverage of Mr. McCabe.”

– In this email, Ms McLoughlin attached a draft Barr letter (a letter which notifies an alleged abuser of the allegation made against them) which she had drafted and which stated that Tusla was investigating Sgt McCabe in relation to an allegation of rape.

– Mr Lowry – who knew the allegation of rape was false – never opened the attachment and never saw the incorrect Barr letter.

– On December 29, 2015, the Barr letter was sent to Sgt McCabe – informing him that Tusla was investigating him for rape.

– Sean Costello, SC, for Sgt McCabe, wrote back to Ms McLoughlin to say the allegation was wholly untrue in January 2016.

– The matter was referred from Tusla to the new SART [Sexual Assault Response Team] which was set up in August 2016.

Earlier: Another Day, Another Error

Previously: ‘There Isn’t An Error In His Favour’