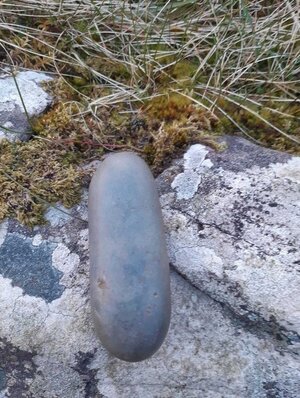 The tomb contained an unusual smooth oval-shaped stone (above)

It is believed the tomb may date to the Bronze Age (2000BC-500BC), but it could be even earlier as it displays a number of highly unusual features.

Archaeologists from the National Monuments Service and the National Museum of Ireland visited the site yesterday to carry out an initial survey.

The authorities say they will not be commenting on the find until a full survey has been completed. It is understood the oval-shaped stone has been removed for safe keeping.

Local archaeologists say it is a highly unusual and significant find.