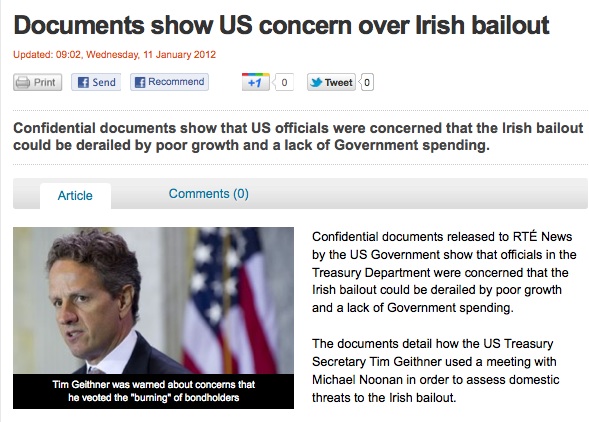 Briefing notes also reveal that Mr Geithner was acutely aware of allegations – made here in Ireland [by economist Morgan Kelly] – that he had personally vetoed plans to burn Irish bank bondholders.

…A note told him to expect questions from Mr Noonan about his contact with the IMF on the matter and that the Taoiseach faced “sharp domestic criticism” after admitting to not asking President Obama about it during the Presidential visit.

The documents also reveal that Mr Geithner came under political pressure on Capitol Hill due to worries that Ireland might default on its International Monetary Fund loans.

Senators wrote to the Treasury Secretary over their concern that the US might be lending to a country that had behaved irresponsibly.