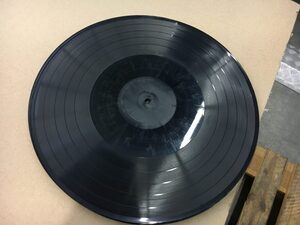 The problem with the “vinyl boom” of recent years has been that the demand has squeezed supply, with remaining vinyl factories being pressed (heh) to deliver more and more stock as demand for LPs returns.

That much has been explained in this article.

Imagine the relief to labels and suppliers, then, that the invention of injection-moulded vinyl records presents, unveiled recently by Dutch CD manufacturers Symcon.

In conventional vinyl manufacturing, the plastic is pushed on the grooves at an angle – but the injection-moulding method injects plastic straight into the record’s grooves, which copies the grooves on the stamper more accurately.

The injection-moulding method also promises to cut costs by reducing the energy used in the process by up to 65%, as it doesn’t require the huge amounts of steam currently used to heat up the PVC puck before it’s pressed between two stampers. The new system also applies no pressure to the stampers, which can currently only be used for up to 2,000 records before they become worn out.

Symcon says that injection-moulded records could be turned around in just two weeks, drastically reducing the current timeline of 12 to 16 weeks from cutting floor to shop.

There are still some hurdles to overcome, however.

Vinyl of the Future