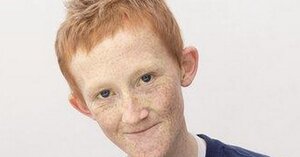 Tyler Murphy, from Clonroche, Co Wexford, was 15 when he was diagnosed with non-Hodgkin’s lymphoma in November 2018.

He died on Thursday, August 29, at the age of 16, at the home of his grandparents with whom he lived for the final eight years of his life.

He had the developmental age of a 10-year-old boy when he died.

Tyler’s family have told journalist Saoirse McGarrigle, of the Irish Mirror, that Tyler was refused palliative care in the days before he died despite medical records, seen by the newspaper, confirming the need for palliative care and “family support at end of life care” for Tyler.

“The family had to travel to Wexford Hospital to get his fill of oxygen because we had no palliative care in place.

“Tyler’s veins collapsed the Wednesday morning, so he wasn’t getting his morphine because there was nobody there to fix it.

“He was getting seizures and he was haemorrhaging, passing a lot of blood.

“Nurses came in and hooked up a morphine pump in the morning and that was it.

“I was told if Tyler is still alive on Saturday, somebody will come here Saturday morning and administer the morphine and no one will be back until the Monday morning.

“It would be a double dose set up on the Saturday morning, but that would have to last until Monday.”

“… Mag [Tyler’s grandmother] was at first informed palliative care was in place and nurses would be available at her disposal when she needed them.

“But then we were informed there was no palliative care, because he was classified as an adult at the age of 16, but with his body weight he would still be seen by paeds.”