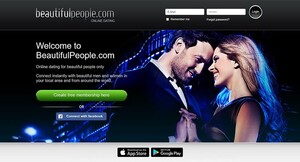 Irish men the ‘undisputed ugliest’ in the world, according to dating website for ‘beautiful people’https://t.co/sWt3Avya0D

Via The Irish Mirror:

A new poll by picky international dating site beautifulpeople.com has seen Irish males slip to the foot of a table of the world’s most attractive nationalities.

In contrast Ireland’s women have climbed up the table to sixth overall in the world – their highest-ever ranking and tied with France, with an impressive 35 percent acceptance rate.

Further analysis of Ireland’s data – which is taken from statistics from the island of Ireland as a whole – reveals Dublin to be home to the “most attractive” inhabitants, followed by Cork, Galway and then Belfast. However, romance-hunters from Limerick were most likely to be rejected.

Irish men the ‘undisputed ugliest’ in the world, according to dating website for ‘beautiful people’ (Irish Mirror)